The Other Guys -MOVIE- 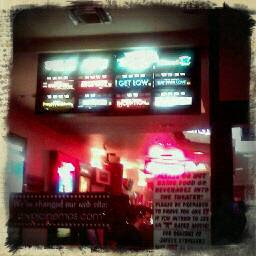 Directed by Adam McKay(Who was behind the camera on the tastefully funny flick Anchorman). With Will Ferrell and Mark Wahlberg as leading actors, At first I wonderd if these two would mix well but I was shocked how well they performed along side one another.There were ALOT of stars in the movie that had brief roles but added there own unique touch.

Over all the movie was Great really Great, I wanted to write more but theres not much else to say but go see it I loved it.Truely shows Will Ferrells not even close to being over ,I was blown away by some of the laughs, this guys crazy he holds the funny bone and dosent let go( Im sure a Few people were crying in the front)

You kno what really threw me more then the heavy laughs were the action cuts ,Awesome stuff , Its great to see well placed CGI in a comedy good stuff go see it!!
(The ending was a bit weak but over all the movie was a blockbuster) Im going to see it again.
Published with Blogger-droid v1.5.5.2
Posted by Bradley Campbell

Bradley Campbell
long island, United States
22 years old Learning how to be a father.Being a husbands a full-Time job. Read as my paperthin backbone turns to steel as I share my adventures and misadventures on my quest to be number one dad.

Plant A Tree With US